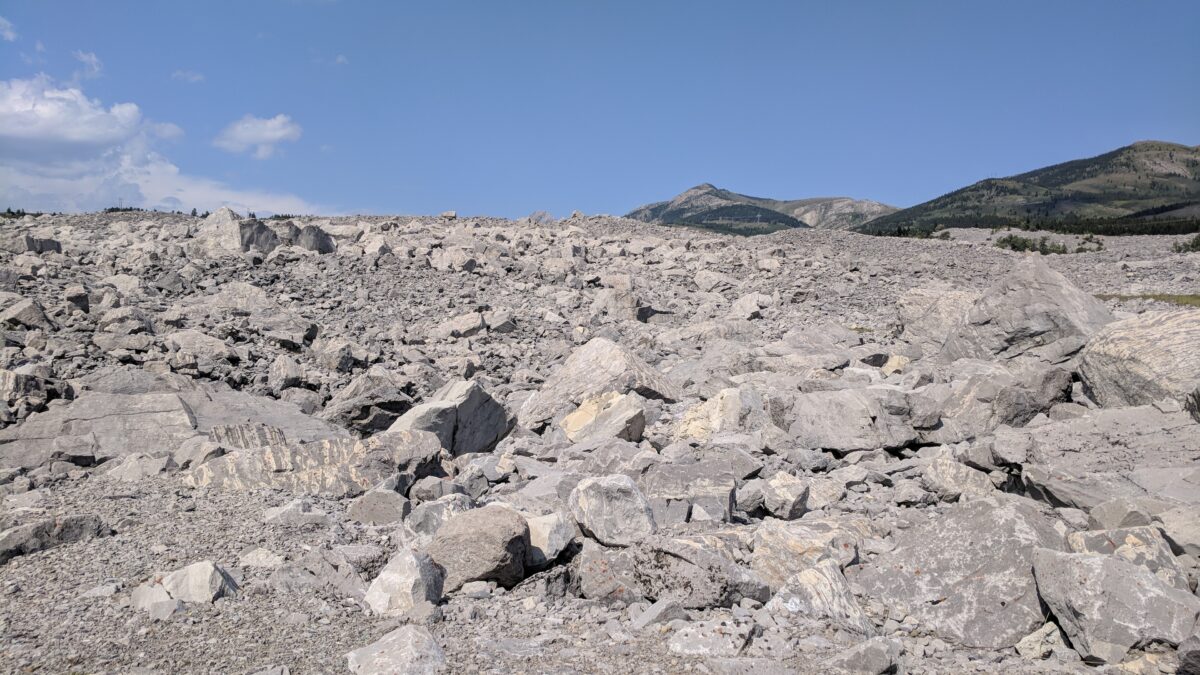 I was hoping nothing would happen today, just for the break. Instead, I saw two batches of bighorn sheep in the road while coming down 40 from Banff, one of them with probably 20 sheep dawdling back and forth across the highway, rams, ewes and little ones, licking mud and then scrabbling way up the high, sandy slope. Some of them were just ensconced up there, legs folded up under them as they watched over the rest of the turmoil, sphinx-like.

Switching over to 22, I was suddenly dropped into cattle country, rolling grassy ranches as far as the horizon. At one point, two enormous cows stood in the road, one red and one black.

Then, at Crowsnest Pass, the Frank Slide. In 1903, a one-kilometer slab of rock broke free from Turtle Mountain, crumbling as it fell into a great wave of boulders that crushed the mining town below.

You can still see it, the rubble field, vast and jagged and fresh as if it had just fallen; time stopped. It’s a roadside vista of an apocalypse, a world-ending event, a plain of fresh rocks and no town.

They never fixed it — there’s no mending it when a mountain falls over on you — they just built around it. Eventually, they threw a road over it. It’s a story of erasure and the Earth’s might.