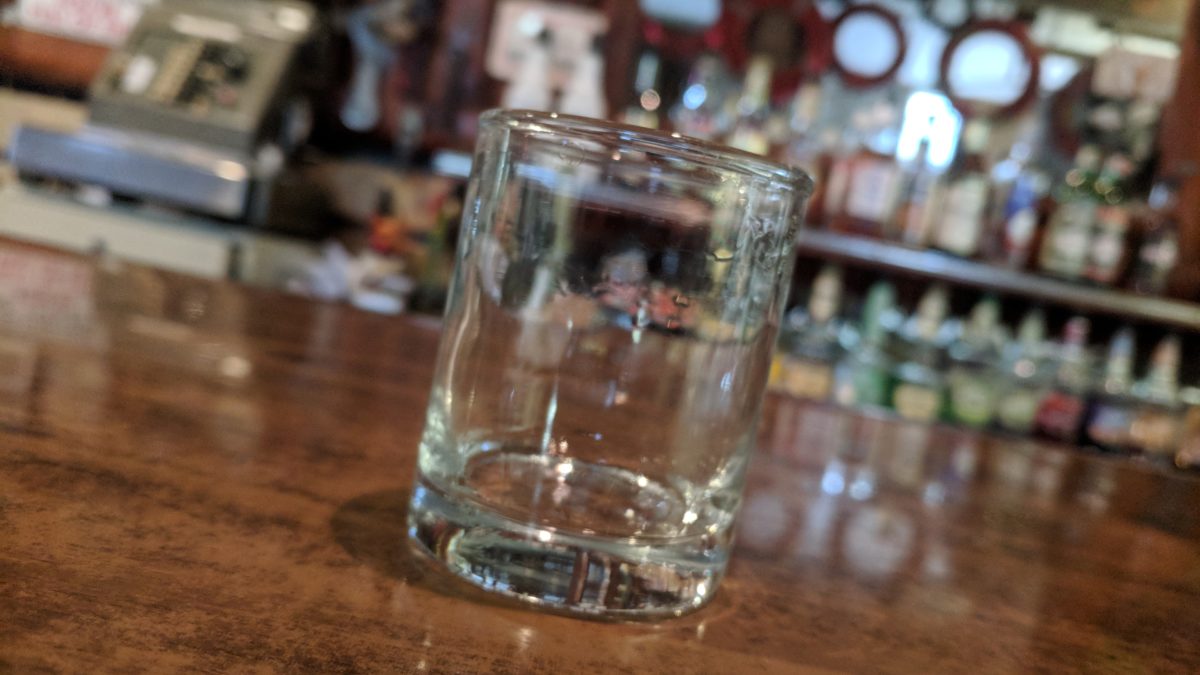 Started the day on the ground, a beautiful campsite by a river off Highway 37 in British Columbia, but when you sleep on the ground the ground gets into you, the rocks start to turn you and you wake up slower, stiffer, with less life in you. Rocks know nothing but pain.

I saw three bears, a brown bear on the left side of the road and two black bears grazing along the right. The brown bear might have been a cinnamon, though, a black bear with brown-frosted fur. He was very brown, but with black underneath, so I’m not sure. There are many different flavors of bear.

The Stewart-Cassiar Highway (37) is beautiful, a painfully remote, winding ribbon of road between mountains and along silver lakes, dropping south through the province.

The dots on the map that usually mean towns are very far apart. Some of the dots turn out to be just one building. Some turn out to be nothing visible at all. No internet or electricity for me, anywhere.

It’s hot, and the flies make it hard to stop and rest. At one point when I fuel up, a swarm of hornets descends on the fairing to pick through the bodies of the dead. I’d wanted to take a break and get some coffee, but there are so many hornets that it’s alarming, dozens of them swarming over the bike like something out of a horror movie. Unsettled, I get going again, watching them blow away one by one.

When I turn onto 37A, suddenly I am deep in the glacier-riddled mountains of the coast. The air gets cooler. Bear Glacier hangs over the road in fat, rumpled glory, the second glacier of that name on this trip. Then there is the smell of the sea.

Stewart, British Columbia, is beautiful, tucked between huge peaks and at the end of a crazy long inlet. It seems a bit out of time, civilized enough to function but not wholly in the present. The grocery store is awkwardly stocked. A spectacular wooden walkway runs far out into the salt marsh, affording views of the mountains, the estuary, the snow, the town.

Four kilometers away is Hyder, Alaska, a loophole sort of town. It’s the southernmost part of Alaska accessible by road, except that road doesn’t then connect to any other part of Alaska. Hyder is a town of less than 100 people on the coast with no land access to the rest of the state, or the U.S.

Because of this, it became a destination for bikers who wanted to tag Alaska, and because of that the local bar started a tradition whereby a biker becomes “Hyderized” by drinking a shot of a clear, unidentified liquor, straight back, no testing — then they tell you what it was.

Of course the staff got sick of this game a long time ago, and the woman behind the bar could not be more bored by my arrival. But I’ve crossed to the edge of the continent, I’m doing their dumb tourist thing. The halibut ceviche is delicious.

A couple miles up the road in Tongass National Forest, there is a walkway over Fish Creek where dozens of tourists wait for bears. This location is famous for its grizzly viewing; the bears come down to catch fish right in front of everyone, and sure enough, there are big fat salmon sitting in the clear water, just waiting to be eaten. No grizzlies today, though.

The Stewart/Hyder border is only guarded in one direction, coming back into Canada. There is no U.S. customs station at all. There is, however, a U.S. post office in Hyder, so one could bring contraband from Canada into Hyder and then send it back to the U.S. without ever going through customs. I am very excited by the smuggling possibilities presented by this, but can’t think of anything to smuggle except candy bars.

It’s a beautiful evening to ride around with the luggage off the bike. There are eagles in the trees, and the evening light fills the marsh, the hills, the water. This stuff, this end-of-day glory, I could do forever. 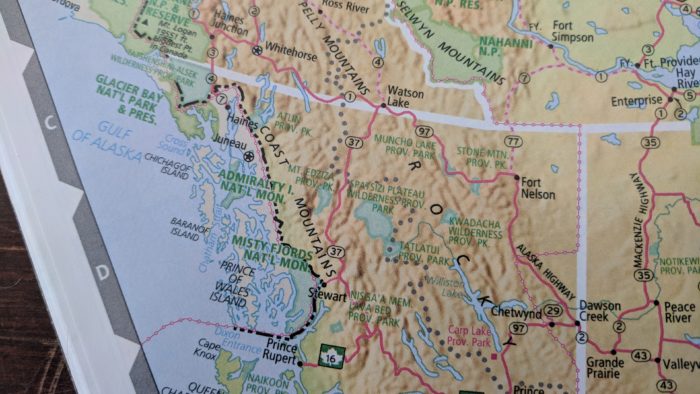