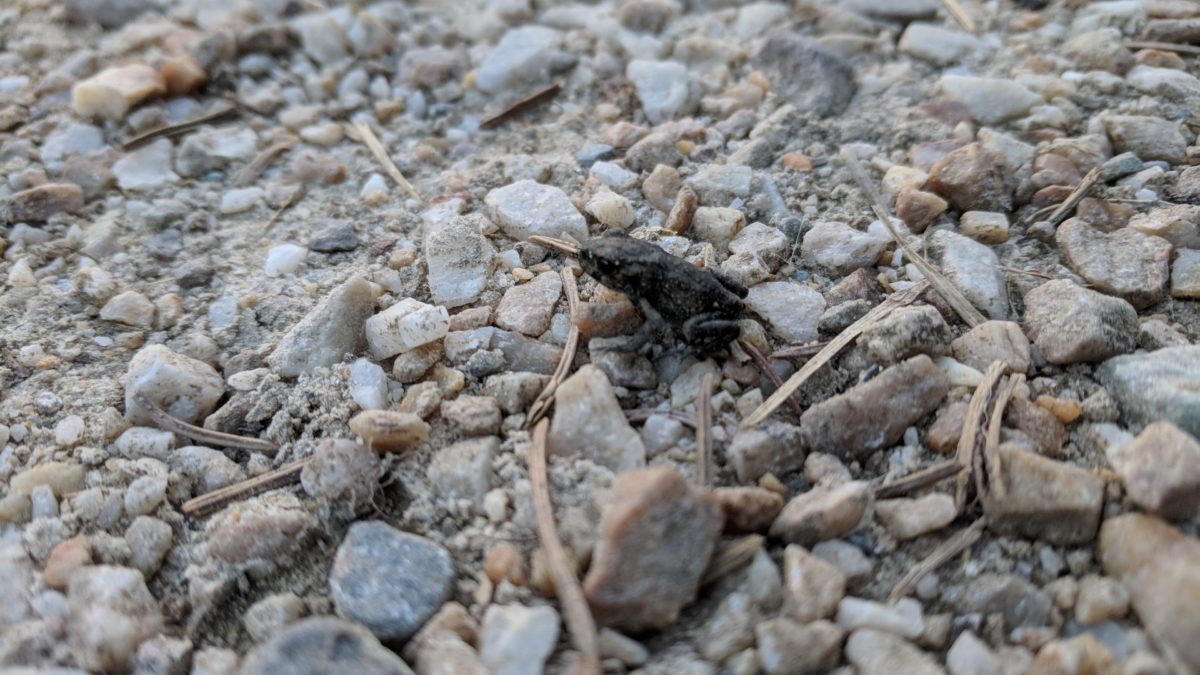 I was ready to call it, a nice enough but mostly unremarkable day of riding, but then I pulled over at Ancient Forest Provincial Park, partly to use the pit toilet.

At end of a short boardwalk the forest blooms, ancient old-growth cedars that are hundreds, even thousands of years old. It’s a rare pocket of inland rain forest and they’re not even sure how old the trees are; the big ones could be one millennia old, or maybe two.

The cedar forest feels safe. Their bark is soft and spongy, almost woolly, with accents of orange-yellow lichen. The biggest one is 16 feet in diameter. I don’t usually trust trees very much, but these seem stable and thoughtful and smell nice. They would make fine Ents, or upstanding members of the Parliament of Trees. A thousand years ago this forest might have looked the same; it might even have had the same trees. They’re living in tree time, a humbling scale, and for the moment I believe in trees.

Further down the road I pull into a campground by a pond. As I circle though the campsites, tiny black shapes scurry across the ground and I think they are crickets, but the light is failing and then no, I think they are spiders and I worry.

But they are frogs. Tiny dark frogs the size of dimes, the size of fingernails, and they are everywhere, there are thousands of them. They are in every campsite, they are in the road, they are in the grass, it is amazing but I don’t know what they are doing or where they are going. It is hard to avoid stepping on them so I stand on a bench, high ground in a plague of frogs.

Then down by the shore I see where they are so thick, they have made the ground black. It’s a carpet of tiny frogs, writhing, ecstatic, lost in some arcane frog ritual.

Despite my best efforts, I kill so many frogs. I take as few steps as possible, but they are everywhere and constantly moving. I consider abandoning the whole campground, but it is late and I am tired and I have no idea when I’ll find another place to camp.

It is upsetting. The cedars felt like peace,  but this is the opposite, this is tens of  thousands of lives spent wastefully, lost in the churn, this is nature’s ruthless profligacy. But it only seems different; of course it is really the same.