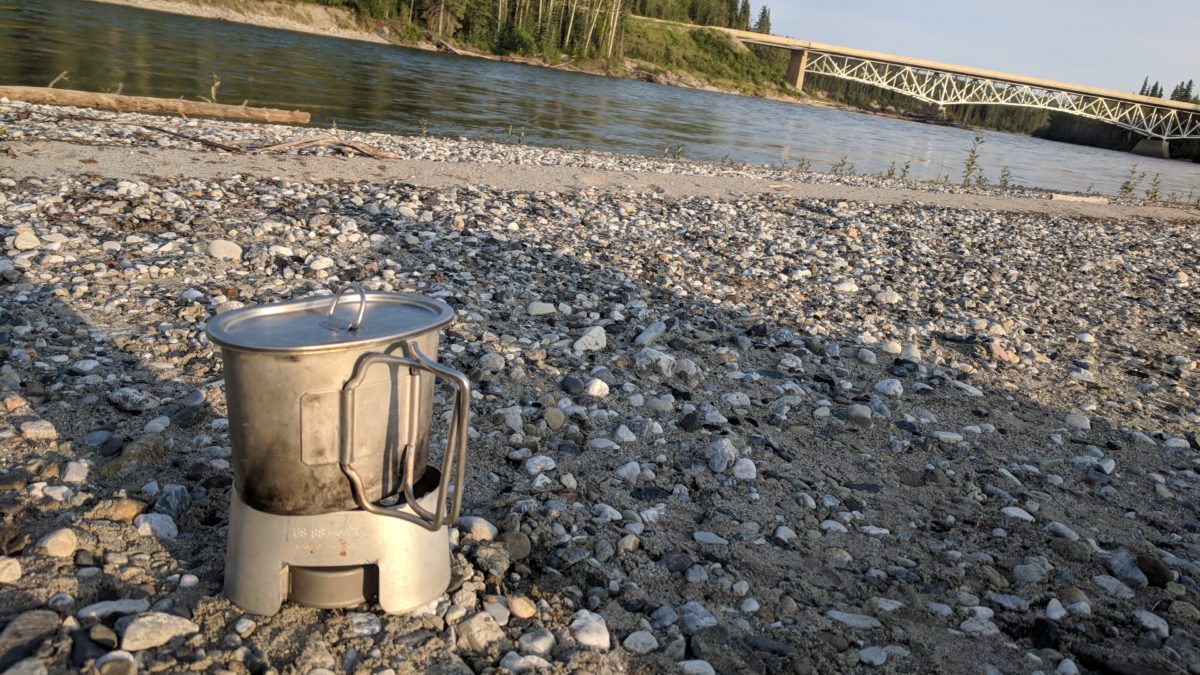 I sleep on the sandy shore of the Coal River, and dream about bears. I dream there is a bear leaning against me so heavily that I wake up; I dream there are bears sleeping in the ground all around me, which mustn’t be disturbed; then I dream some sort of children’s book, and at the end a bear goes on a rampage and kills the child’s mother.

The sky is bright at 3:30 a.m., and there’s a dim ray of light shooting straight up out of the woods where the sun will eventually rise. I pack up and start riding, and see four bears in 30 minutes. Nearly-harmless black bears the size of dogs, they appear regular as mileposts along the road, studiously munching on whatever bear salad grows on the shoulder.

It’s windy and a slog, but I manage 400 miles because of the long day. 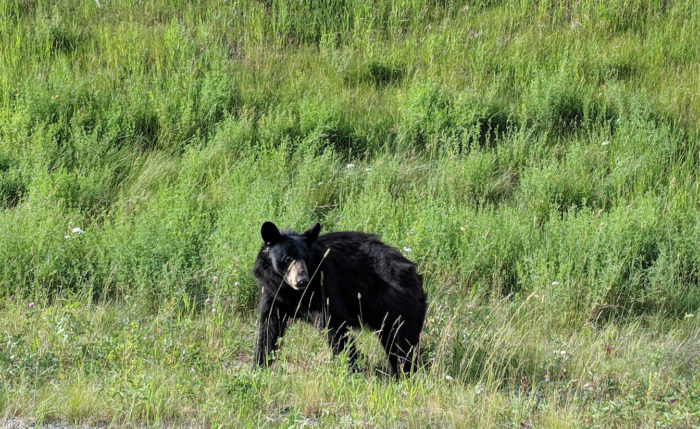 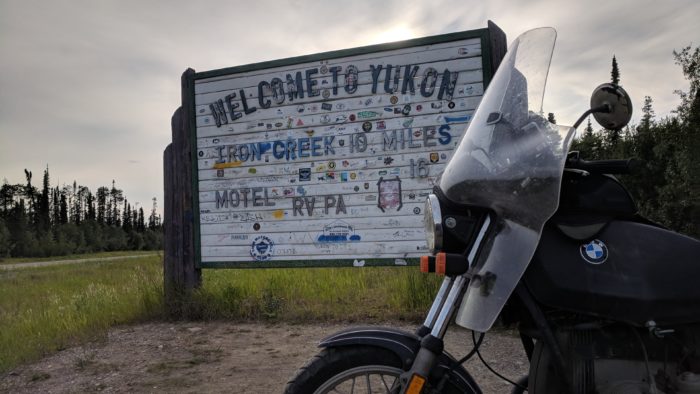 The motel bar in Haines Junction is just about all I could want out of a motel bar. The menu is a mix of traditional Canadian food and Chinese and the bar is half full of drunk locals, some of them First Nation. One of them corners me at the bar, shakes my hand as though to destroy it, then tells me that God created an objective for all his subjects, and asks — do I know what my objective is? He sounds angry and accusatory; threatening.

The mountains of Kluane National Park dwarf the town, looming over it like a black wall streaked with silver snow. In the morning, the road runs right along them, a beautiful ride. Purple flowers flow along the sides of the road like a festive fog.

Around one great corner, a huge brown mountain looms. It is mostly barren, flecked sparsely with trees and rocks, and it has a visitor center, so I stop to find out why.

It turns out that Thachäl Dhäl is one of the few places along the Alaska Highway where Dall sheep can be seen from the road. A white mountain sheep, they tend to stay up high on the slopes to avoid lazy predators. I scan the mountain, but there are no sheep today.

But then a park staffer finishes fiddling with a nearby telescope and offers it to me, and microscopic sheep swim into view like high mountain tardigrades. It is astonishing; they are so far away you can’t see them with the naked eye, they might as well be tiny sheep on Mars, living in the sky with the comets and nebulae. It reminds me of the Great Moon Hoax of the 1800’s, in which it was purported that an astronomer had created a telescope powerful enough to see inhabitants living on the moon, an assortment of beaver-people and bat-men. With a strong enough telescope, anything seems possible.

Below Thachäl Dhäl, Kluane Lake is otherworldly. Dark, empty beaches ring slate grey waters; a stony island rises in the middle, and great plumes of mist tumble across it. It’s a Ralph McQuarrie landscape, something not quite from here. 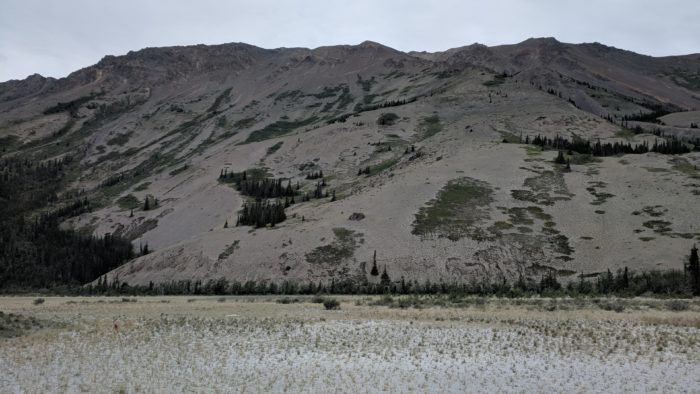