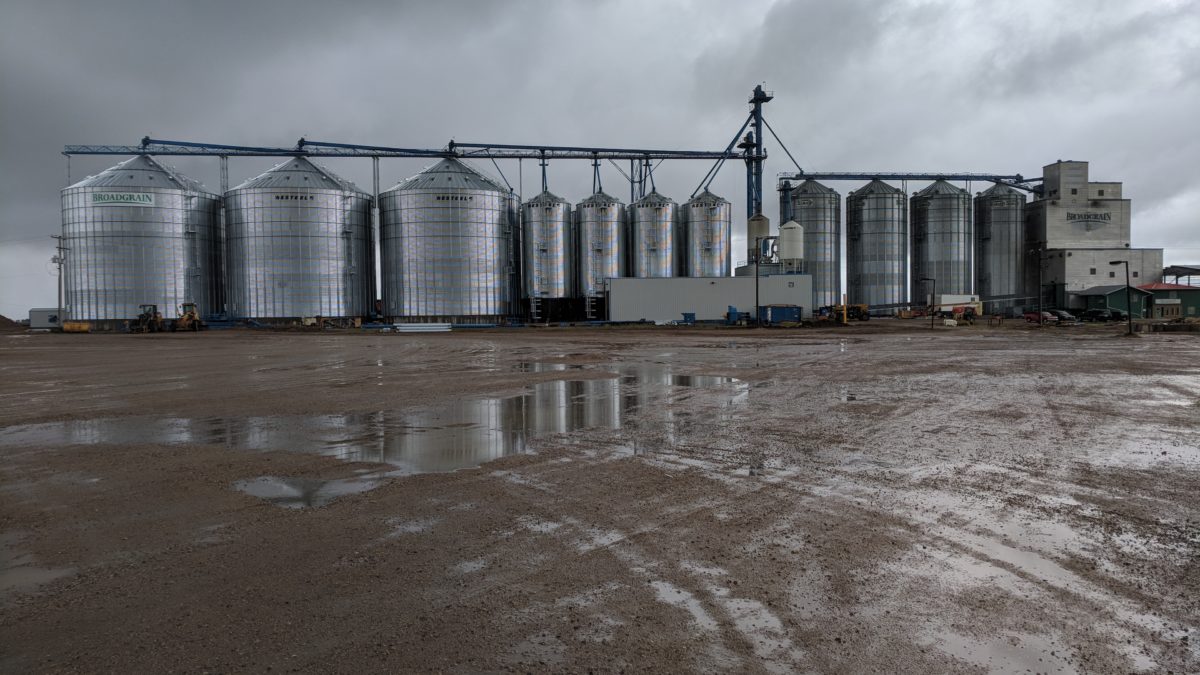 Great colossi graze the plains of Saskatchewan, each stamped with a name in an alien tongue: Cargill, Viterra, Broadgrain, Weyland-Yutani. It’s hard to gauge their size until you spot the tiny train or truck against their ankles, and then the scale of their metal digestive tubes and exoskeletons becomes clear. They move so slowly that they seem almost still.

The world has to eat, but the sheer scope of the endeavor begs suspicion. It blurs the line between mere harvesting and something more malicious, strip mining life-energy itself, the fundamental processes of Earth’s organisms being bought, sold and manipulated in massive bulk transactions. 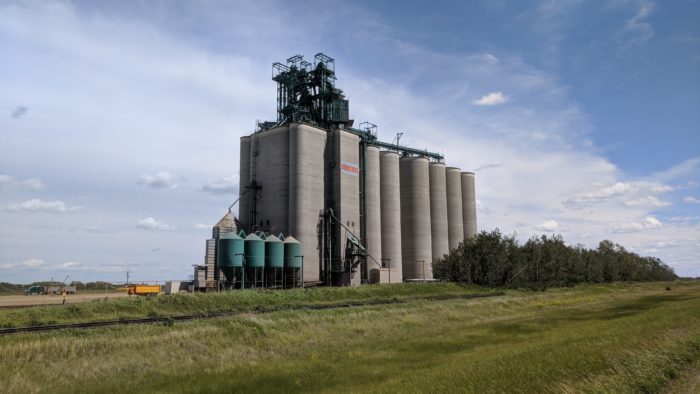 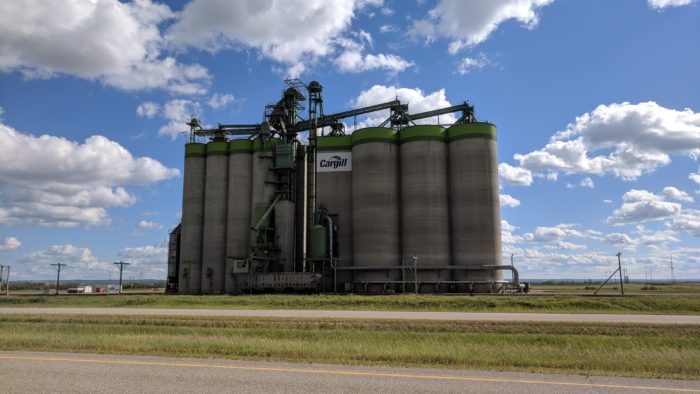 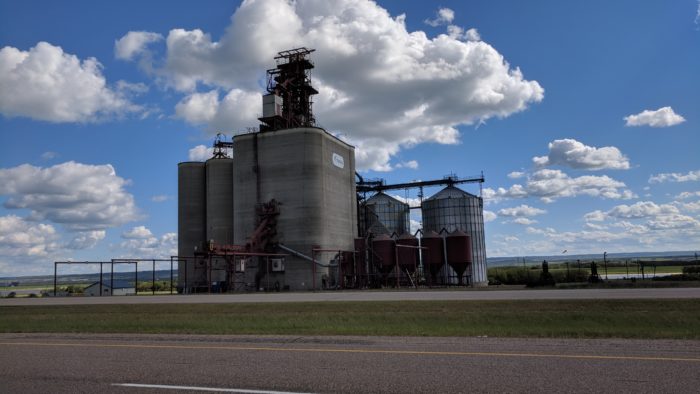 Saskatoon catches me off guard. After hundreds upon hundreds of miles of bleak northern industrial agriculture tended by giant machines, I fully expected a hard farmer’s town; instead, it’s lovely and modern, thoroughly populated by bright, familiar chain stores and restaurants, awash in young professionals buying coffee like fairies sprouted up after a rainstorm. Waterlogged, wind-beaten and dirt-encrusted, I get back on my bike.

A province later, I don’t even try to get into Edmonton, but it’s another prairie city that just rises straight up out of nowhere, as if it had been dropped there. Back home there is an organic sense to cities, they coalesce out of areas of denser population; you can tell when one is getting close. Here it’s all or nothing, grass or skyscraper, 0 or 1, Tron cities on a grid made of chlorophyll.

If jump starting is to be a regular part of the process, I want it to go more smoothly. I wire an extension cord to the battery and tie it to the frame where I can reach it, then cut the matching plug wires so I can clip the jump starting device to it. This means I can keep the jump starter in the tank bag, then just connect the plug in order to complete the circuit and get back up to full power, which I can do without getting off the bike. This should streamline charging, also.

However, reading through my Haynes manual has had me looking for a short, and a dim little bulb has gone on in my brain. A couple weeks ago, the starter button had been sticking and causing the starter to stick and grind in the engaged position, so I had sprayed some goo in there to free it up. I might have used the wrong kind of goo, so I clean out the contacts with a piece of paper and the next two days I get a solid seven and a half hours of charge. That’s something I can work with.

I wash the whole switch out with alcohol that I brought for my stove. The next day I ride  for ten hours with no problem, and at the end of it the instrument lights still come on as bright as twin red suns. I have fixed the problem which I’d created.

Somewhere out on the Road, an idiot gets their wings.

It’s just in time, since mile zero of the Alaska Highway is just ahead in British Columbia, the beginning of 1300-plus miles of legendary road.