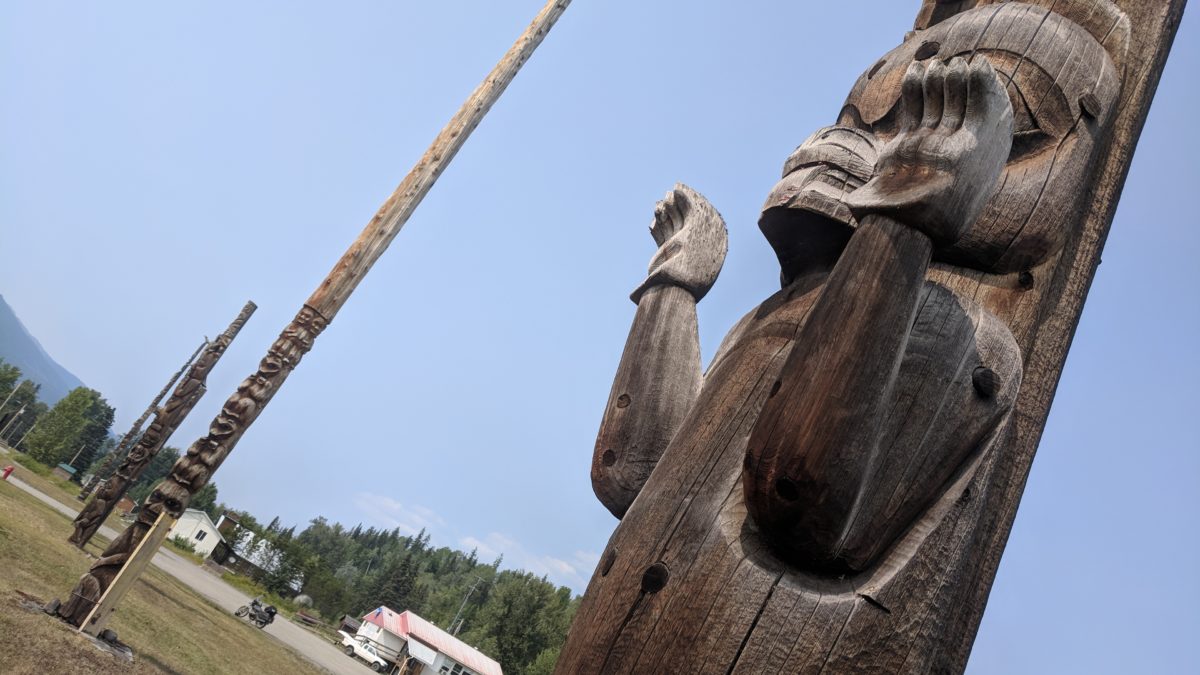 From the road, Gitanyow is just a road sign and a vague promise of gasoline, but it’s hot and I’m tired so it seems worth a shot. A half mile along and suddenly huge totem poles burst out of a field, enormous, maybe 50 or 100 feet tall, dark brown and weird and  carved with different patterns.

The interpretive center is closed so I don’t learn much. Braced with metal, they can’t be too old, but I don’t know how old totem poles are supposed to be anyway. They cant slightly in different directions, great strange story trees. Some were only carved part way up, presumably with more story to tell. 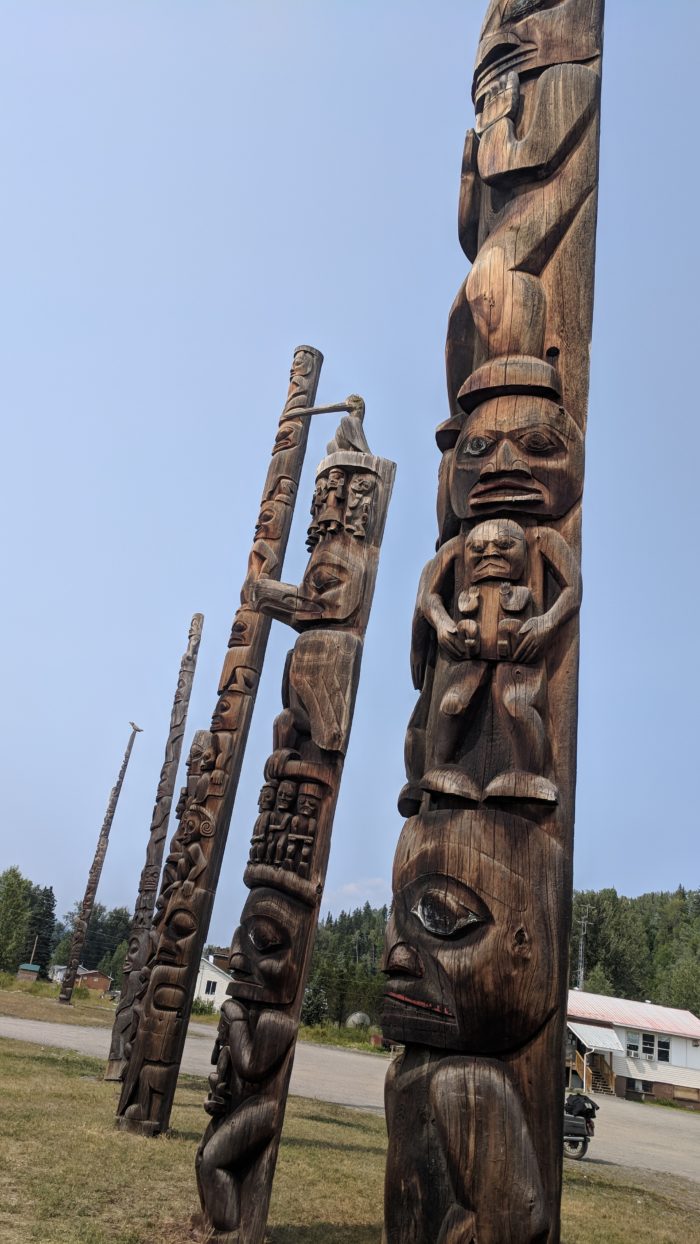 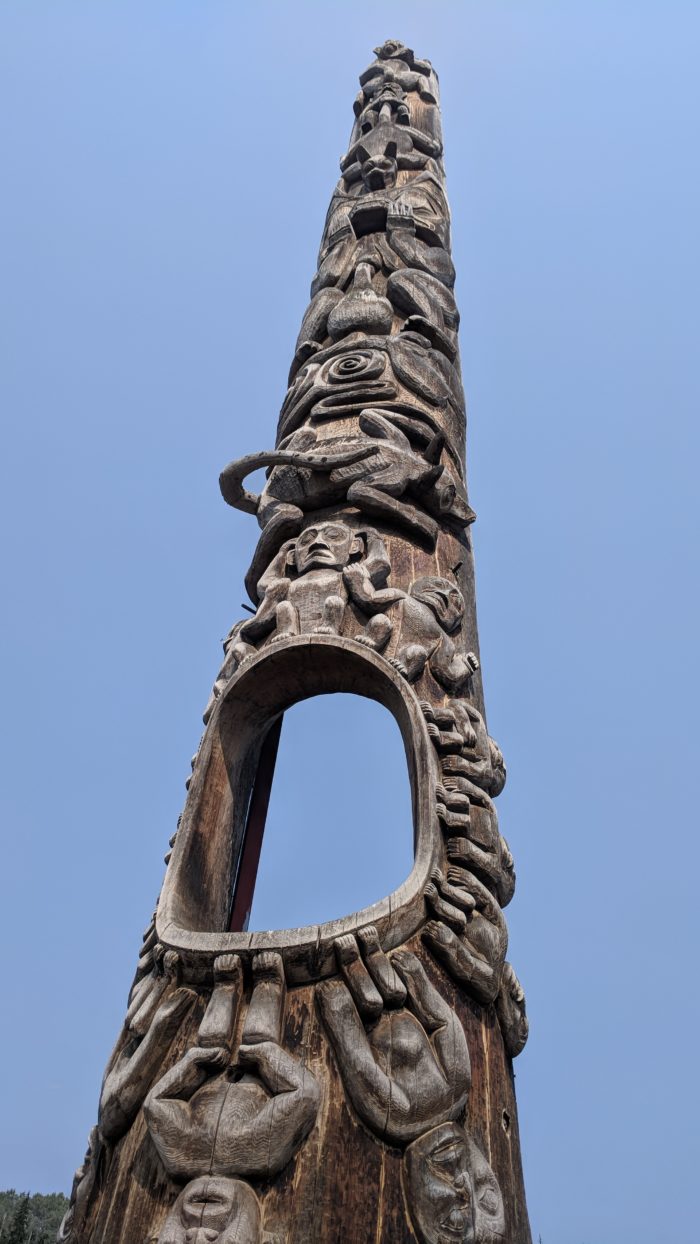 Further south, a woman at a native crafts shop shows me pictures of a spirit bear she’d seen once. A recessive gene occasionally renders a black bear into a creamy white, but only in the southwest BC area. They’re not albinos, and the cubs might again be black, but occasionally — spirit bears.

So many bears; different colors, different species, different clans. I have seen more bears than anything else, two more again today. One looked tormented by flies and heat and ignored me as he chomped clover; the second one was a little way down a dirt road, and more wary, popping his head up from the tall grass to watch me when my engine got loud.

Every trash can for two thousand miles is bear-proof. There might be more bears than people in Canada. Maybe the bears are the actual people. As far as I can tell, everything is made of bears, the hot ground, the woods, the shadows, the storm clouds, all bears.